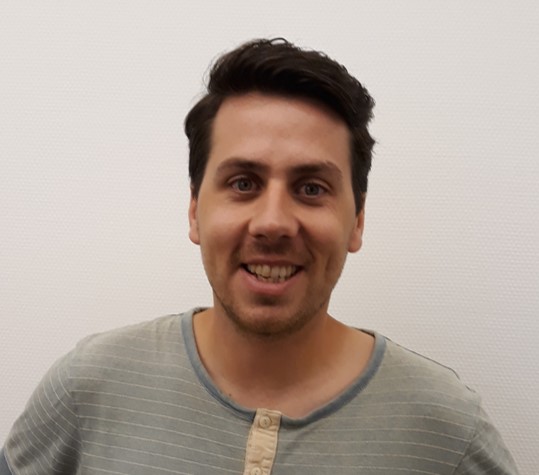 Max successfully completed his education in Technical Public Administration at the Technical University of Delft and is now a management trainee at Unica. For two years, he changes jobs every six months to find out where his strengths and ambitions lie. Before Max joined Pro-Fa, he was already involved in other companies within the holding company. He came in contact with Christ Oomen, who gave him the unique opportunity to take a peek in the kitchen at Pro-Fa and to carry out a fun-assignment. A nice challenge that he couldn’t refuse.

Max took a roll in the Pro-Fa management team in February, during which time he had two assignments. “My first assignment was aimed at profiling Pro-Fa towards new engineers,” says Max, “with a focus on recruiting starters and trainees, as the growing Pro-Fa is always looking for new engineers for industrial automation. That’s why we set up a new Kickstart program for starting engineers and organized a pizza event for students. This was really well received by the students.” In September several new engineers and interns from the Avans Hogeschool Den Bosch and Fontys Hogeschool Eindhoven will start at Pro-Fa.

“For my second assignment I focused on process improvement within the organization for the professionalization of the current processes. As a growing company, you have to stay focused on improvements and we are now trying to implement several of them.”

From the first day, Max felt very much at home in Brabant. He was introduced to an unprecedented Brabant hospitality. He could just walk into anyone’s house and ask questions. Nothing was too much for anyone and his colleagues were very much involved. The door is always open to all people, everyone is involved and the feel and spirit at Pro-Fa is really great”, Max says. He’s prosecuting: “Pro-Fa is a dynamic and flat organization. That’s why they can react quickly and always keep their promises.

Unfortunately, the half year at Pro-Fa has now ended for him. Too bad, says Max, but he will leave the building with a lot of valuable new knowledge and experience. “The past few months have been both fun and educational, and I’ve enjoyed working here.”

Max, thank you very much and good luck in completing your traineeship!